We’ve been enjoying all of the beautiful Christmas traditions Milly has brought back from Denmark. This one made our Christmas Eve celebrations so much fun!

Risalamande is a rice pudding that the Danish traditionally serve on Christmas Eve.  It’s so much more than a delicious desert. It’s also a game that friends and family play together. 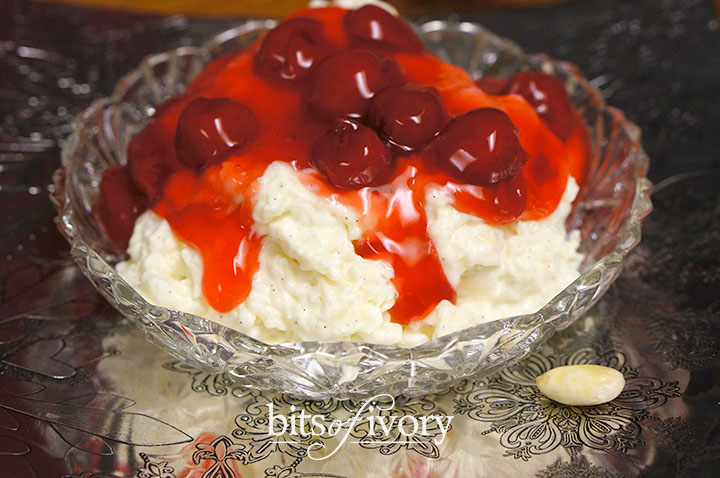 Though not at all difficult to make, this dessert does take time. Happily, it can be made in stages, so start it the day before to make things a bit easier on Christmas Eve day. And as you’ll see, it’s definitely worth the extra effort! 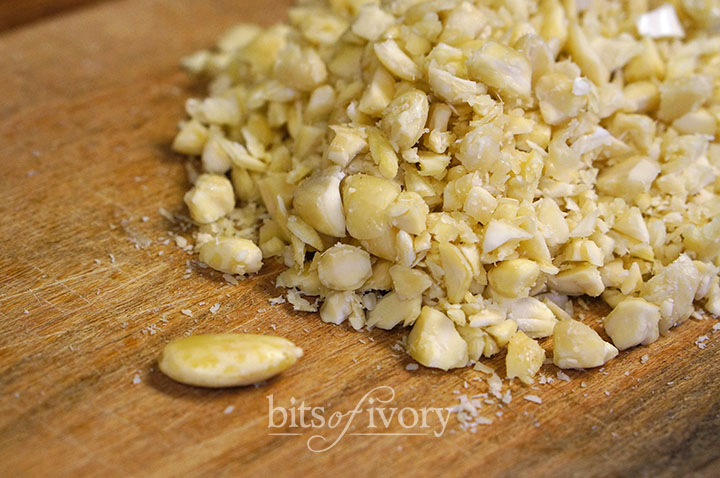 Mix rice, the seeds from the vanilla beans, and 1 cup of milk in a sauce pan.  Heat over medium heat to boiling, stirring constantly. Reduce heat to low, and add milk one cup at a time, waiting until the milk is almost completely absorbed before adding the next cup.  Stir frequently.  When all of the milk has been added and the rice pudding is creamy (about 30-40 minutes) remove from heat and allow to cool.

Chop the peeled almonds (setting one whole almond aside for the game). To peel the almonds, blanch them by pouring boiling water over them and allowing them to sit for 5 minutes.  Drain and then skins should easily peel away).  Mix the chopped almonds and the one whole almond into the rice pudding mixture.

Chill in the refrigerator (overnight if you wish to make this part in advance).

*TIP – For a light, fluffy pudding it is absolutely essential that the rice pudding is completely chilled before mixing in the whipped cream in the next step! 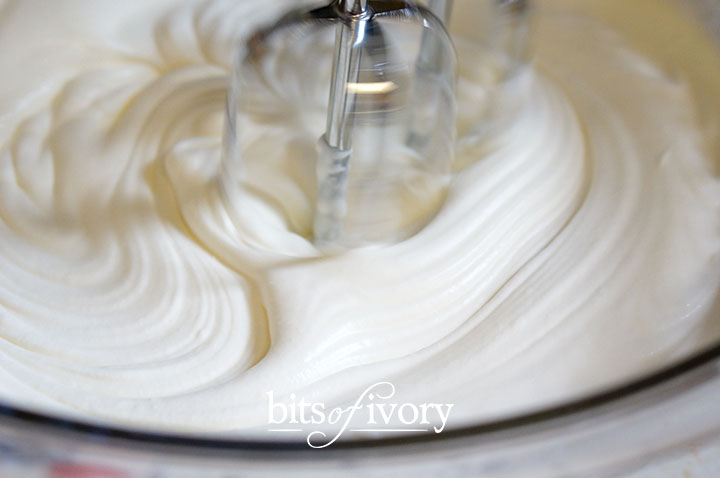 *TIP – What makes this pudding special is the fluffy, light texture! Stir the rice pudding to break it up, and then fold the whipped cream in very gently to keep that fluffiness. 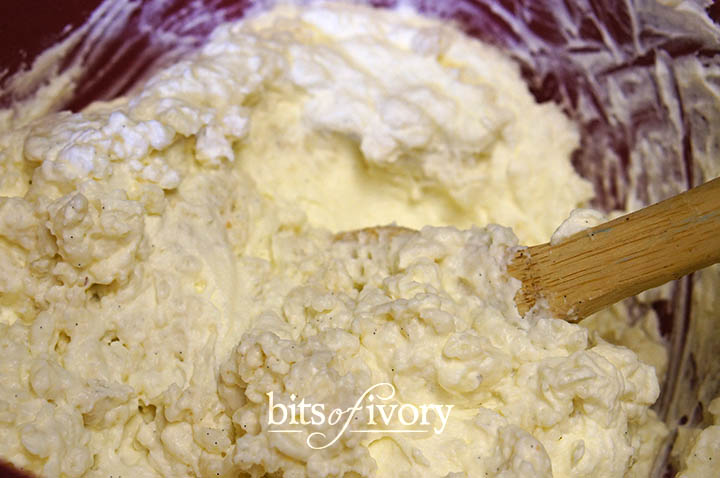 You can serve this pudding at room temperature or chilled, whichever you prefer. 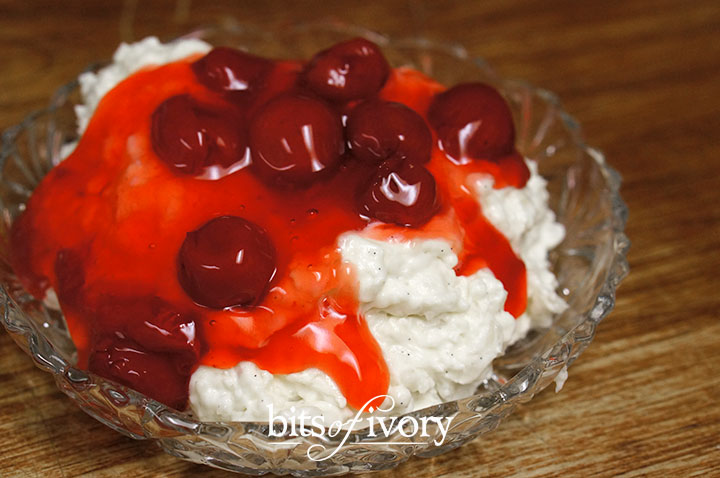 When you’re ready to serve dessert, top the pudding with a warm cherry sauce.  We heated up a delicious cherry pie filling for the sauce.

And now the fun begins! 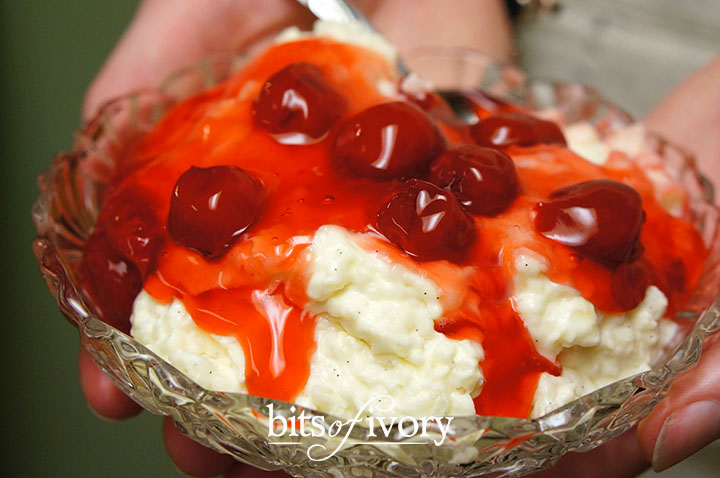 As everyone helps themselves to the pudding and enjoys the sweet dessert, they’re watching their bowl for the whole almond. Whoever finds the almond in their pudding gets the prize – a special wrapped gift just for the winner!

Instead of a gift to open, the kids decided that the best prize would be not having to wash dishes on Christmas Eve and Christmas day. That was the perfect incentive.

Of course, everyone must keep eating until someone finds the almond. Sometimes a sneaky winner will hide the almond in their cheek to make everyone keep eating, even if they’re full. It’s part of the merriment.

And now my dear husband doesn’t have to do dishes on Christmas. Poor kids!

I hope this delicious tradition will add a bit of fun to your Christmas Eve celebration, too.

Barbara Anne Williams designs from her home in the beautiful Cache Valley of northern Utah where she finds inspiration in her natural surroundings, home and family, and old books.
All Posts »
PrevPreviousHow to make Beautiful Danish Heart Baskets – Free Template
NextHow to Celebrate the New Year with a Planner Full of PossiblitiesNext

You May Also Enjoy These Recipes 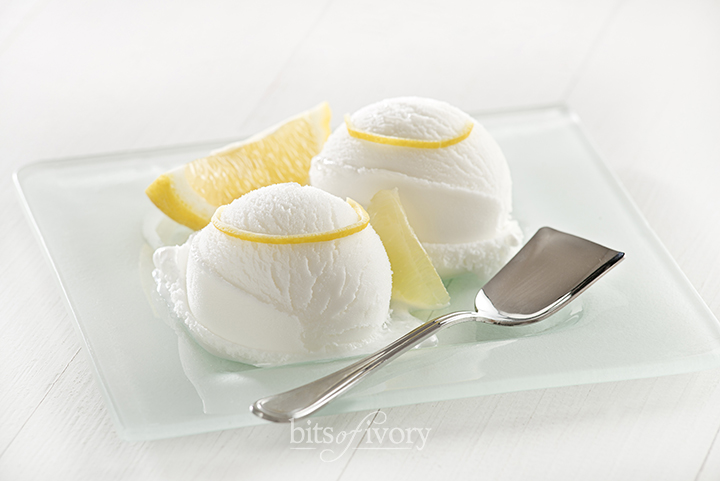 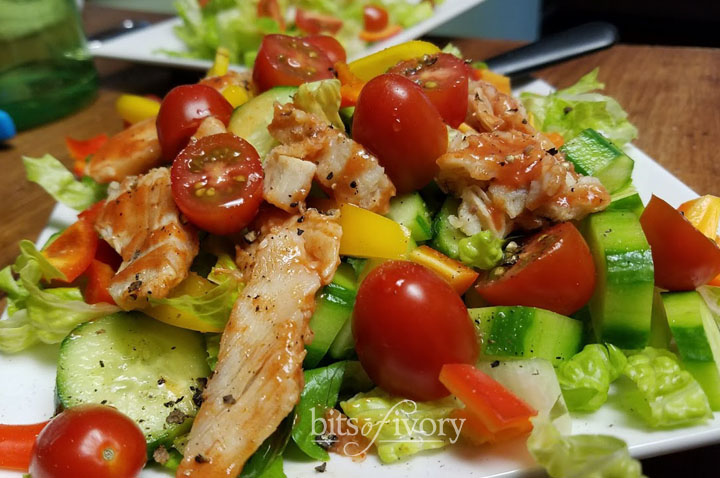 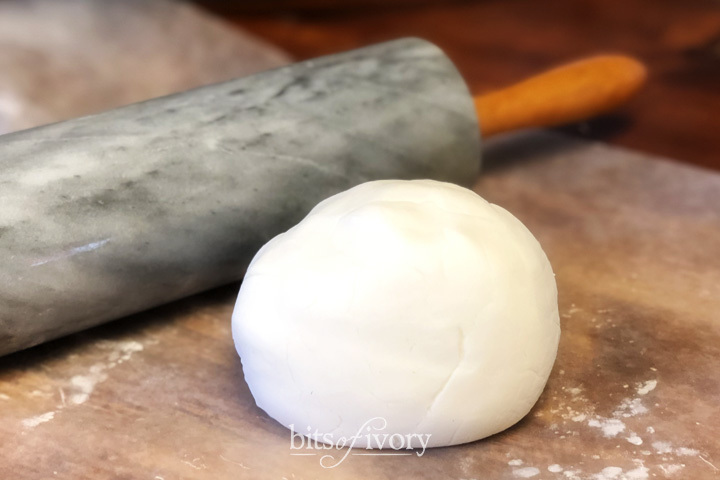 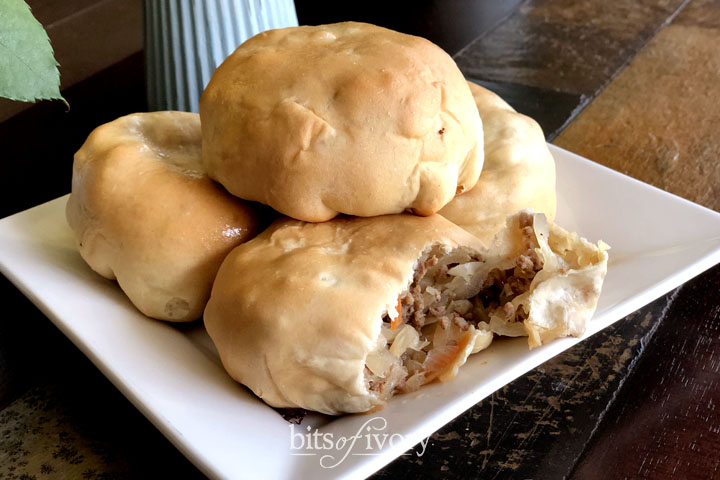